PG Editorial: The Beginning of the Shapiro era in PA 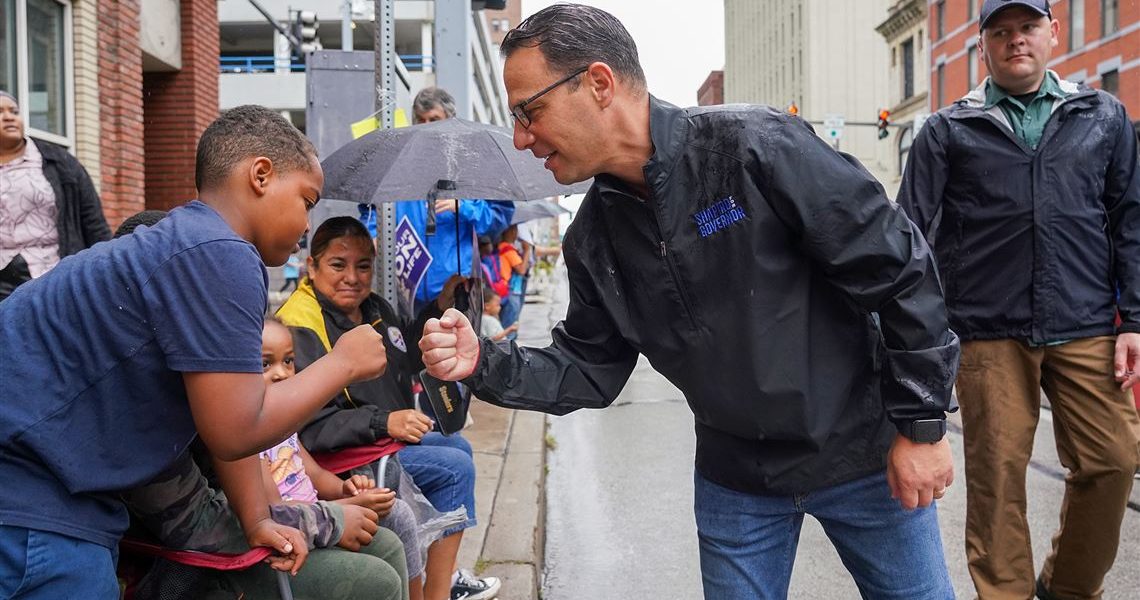 On Jan. 17, Joshua David Shapiro will be sworn in as the 48th governor of the Commonwealth of Pennsylvania. He ran one of the most impressive statewide campaigns in recent history. In a year generally unfavorable to Democratic candidates, Mr. Shapiro cleared the primary field while amassing a formidable war chest to soundly defeat State Sen. Doug Mastriano in Tuesday’s general election.

To be sure, Mr. Mastriano, a far-right figure who ran a low-budget subterranean campaign, wasn’t the strongest of candidates. Still, Mr. Shapiro ran like he was 10 points behind, cranking out policy proposals, most of which made a lot of sense, with machine-like regularity. Unlike the slugfest for U.S. Senate, Mr. Shapiro and Mr. Mastriano almost ignored each other. Their campaigns appeared to run on a parallel universe.

Mr. Shapiro, 49, a former state representative in his second term as attorney general, campaigned as a pragmatic, competent leader, not a strident ideologue. We hope he governs that way, too. Many of his policy proposals aren’t partisan or ideological, but show refreshing commonsense, such as appointing at least two parents to the state Board of Education.

On criminal justice issues, Mr. Shapiro ought to make his new-found opposition to the death penalty felt immediately, by extending the moratorium on executions that Gov. Tom Wolf imposed in 2015. Mr. Shapiro should then work with the General Assembly to abolish the death penalty statute in Pennsylvania. He must also work with the General Assembly to improve Pennsylvania’s abysmal indigent defense system, which now operates without state standards or state funding.

Mr. Shapiro should remember his promise to streamline hiring for state government jobs by removing unnecessary four-year-degree requirements. They exclude many capable people from the workforce and promote the mistaken idea that taking on large amounts of student debt is essential to making a decent living.

On the economy, the governor-elect has taken a sensible middle ground that includes incentives for businesses, including tax cuts and more efficient permitting, while ensuring that workers are treated fairly and justly, and environmental needs and safeguards are met.

Other priorities for Mr. Shapiro should include a permanent fix to the state’s cash-strapped programs for people with intellectual disabilities and autism (ID/A). Governor Tom Wolf’s last budget included some improvements, but not enough to make the system sustainable: Care workers still labor at near-poverty wages; families are losing jobs and homes while remaining on years-long waiting lists for services they’re entitled to under state law. Even before taking office, Mr. Shapiro should meet with families who need ID/A services.

Speculation will grow that Josh Shapiro is destined for national office. Having national aspirations — if he has them — should not be held against him, as long as he focuses now on how he can best serve the people of Pennsylvania. Grandstanding for a national audience might earn appearances on cable news, but it won’t make it easier for families in Monessen or New Castle to make ends meet. Mr. Shapiro’s job now is to be the best governor of Pennsylvania he can be.

0 replies on “PG Editorial: The Beginning of the Shapiro era in PA”

The Provider Alliance is a not-for-profit association for organizations providing supports to people with intellectual disability and their families.